You have to hand it to the Belgians - the imagination that they've shown in creating incredible beer is downright astounding. Trappist tripels and Abbey-Style strong ales are interesting enough - wait until you try a lambic or an oud brun. Today, we'll explore some of the styles that will no doubt push the envelope of what most consider to be beer. Good examples of these styles will rival any wine in terms of complexity and depth, and demand to be savored, contemplated, and enjoyed. This might sound like too much work to some (who no doubt cluck their tongues, stroke their beards, and scoff at the "unorthodox" flavors in these beers.) You, however, gentle reader, understand that life is too short to be stuck in a permanent rut. You have too much imagination and natural curiosity to be put off by strange new tastes. You are about to expand your horizons and go to the next level of beer appreciation - unless, of course, you've already tried these styles and know more about them then I. Ahem.

Saisons come from the French speaking Wallonia region of Belgium, and are traditionally a farmhouse-style that is brewed at the end of the cold months. In addition to hops, these beers are often flavored with spices and herbs (often orange peel and coriander, though chamomile and cardamom are not unheard of). The Belgian yeast strains provide a wide variety of estery and phenolic flavors, but is somewhat balanced by hop bitterness (though the estery flavors will almost always dominant). Saisons are occasionally dry-hopped, which add yet another layer of flavor and aroma to an already complex brew. When done right, Saisons are some of my favorite beers. New Belgium makes a decent saison, but I think it's toned down a bit to appeal to the American palate (scoff, scoff). Saison Dupont is my favorite of this style.

Brewed in the Flemish region of Flanders (not by Homer's neighbor), Flanders Red Ale is one of the points where beer is most similar to wine. Red Ales are complex and tart, and often aged in oak. The final product is often a blend of an older and younger ale, which increases the complexity and smoothness of the brew. The hallmarks of this style are a tart fruitiness (from the Lactobacillus cultures used in fermentation) with slight vinegary tones on the back end, with noticeable maltiness and trace amount of hops. The fruitiness can be anything from a sour cherry to dark current and plum, and any number of others. Flanders Red Ale have to be tasted to be believed, so here are some examples. New Belgium makes a "La Folie Wood Aged Beer," that is really quite good, and one of my favorites that New Belgium produces. The Flanders Red-Ale style itself is known from the Rodenbach brewery, and the Rodenbach Grand Cru is my favorite.

Oud Brun is similar to Flanders Red Ale in many ways, but it is darker (from the Munich malt; this also gives it a caramel/toffee-like character). These beers are aged for a time in oak before being blended with a younger ale in order to even out the flavors. Like Flanders Red Ale, Oud Bruns are brewed with both yeast and Lactobacillus Bacteria, which give them a flavor profile that is tart, if not out and out sour. Oud Bruns have a complex malt flavor with sherry-like notes and a fruity complexity (typically raisin or plum) with less sourness than their red counterparts, making them taste slightly more beery. The best examples of these beers come from Liefman's brewerie, out of Oudenaarde, Belgium.

Lambics are really in a class by themselves. The techniques used to brew these fine Belgian favorites are so unorthodox that they stretch the very definition of beer to crazy new heights.

A word about Lindeman's: Lindeman's Lambics are readily available in stores, but are not really representative of the true lambic taste, in my opinion. These beers are pasteurized and sweetened, which tends to overpower many of the subtler tastes and aromas that you will find in authentic examples of lambic, which are generally quite dry. That being said, Lindeman's can be quite good, and I enjoy drinking their brews, even if they are less than authentic.

To call something a lambic, it must be spontaneously fermented. This means that the wort (potential beer) is left open so that it can be inoculated by wild yeast and bacteria (the specific strains of which are indigenous only to the Senne Valley, where you will find Brussels). This is a big no-no in conventional brewing, since wild yeasts and bacteria can produce wild off-flavors that will ruin beer, but they give lambic its unique character. Lambics are traditionally aged in oak, and most are blended, though you can find (particularly in Belgium) unblended examples on tap. The only bottled unblended lambic that I know of is the Cantillon Grand Cru.

Lambics come in two basic styles: Gueuze and Fruit. Gueuze are unflavored and are always blends of young and old lambics. Made from a large part of unmalted wheat which is fermented with a variety of wild microbes, these lambics can be bracingly sour with a wide variety of aromas, including (but not limited to) oak, hay, and botanicals. The tartness combined with the wheat flavor makes these beers quite refreshing. I like Boon's Gueuze the best, but Hanssens makes a good one too.

Fruit lambics are lambics with fruit added at secondary fermentation. Common fruits are raspberries, cherries, and black currant, but technically, they could be made with any fruit at hand. If a fruit lambic is young, the flavor will generally be dominated by the fruit used, while in older examples, the fruit fades slightly, and a more beery quality takes over as the fruit moves to the background. Cantillon's Kriek is my favorite fruit lambic, and to be honest, I haven't tried too many others.

These beers should keep you busy (and drunk, depending on how close together you drink them). Even if you balk at the taste of some, give them time; you never know when they'll grow on you. 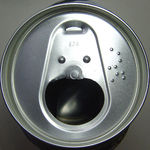 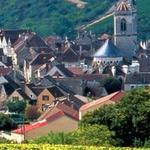 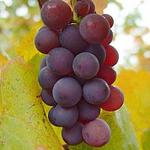