Your Endurance in a Glass of Wine

Whenever most of us think of endurance, we think of a variety of things. We think of an athlete crossing the finish line after a ten mile run. We imagine mountain climbers sopped in sweat reaching the apex of a steep grade. We think of lung capacity, we think of willpower and we think, with a bit of envy, of the Energizer Bunny. When it comes to endurance, we think of all sorts of things, but wine isn't usually one of them. Drinking paper cups of Chianti during a race seems pointless, crossing the finish line and immediately chugging a glass of Shiraz seems weird, and pouring a bottle of Merlot over yourself in a celebratory shower seems downright ridiculous: that stuff will stain your workout clothes. Despite the fact we might not equate endurance and wine - or really wine and athletics - recent studies are proving there may be a strong relation between a red wine compound and your body's ability to produce energy.

Now Gatorade, don't worry. PowerAde, stop pouting. All Sport, be a sport: red wine is not out to take your jobs, it's simply out to prove that endurance can be found at the bottom of all sorts of bottles, not just the ones designed as sports drinks.

In November of 2006, Johan Auwerx - a researcher at the Institute of Genetics and Molecular and Cell Biology in France - published an article based on proof that reservatrol, a natural compound found in red wine, could help improve endurance in mice. He and his coworkers proved this by putting groups of mice on a variety of diets and noting the results.

Keeping it in Perspective

Whether this will work the same way in humans is still the root of much speculation. To begin, the mice were given so much reservatrol that a human, in order to receive the same amount, would have to consume nearly 100 glasses of red wine in a 24 hour period. Though some people might think this a great idea, most would probably find such excess only results in the world's biggest hangover or - as Gatorade likes to call it - "job security."

Reservatrol is believed to help endurance because it jumpstarts the body's mitochondria, which provide cells with energy. When the body consumes reservatrol in large amounts, the passage that provides cells with more mitochondria is activated, and the body is suddenly consumed with much larger amounts of energy. This also leads to an enhanced metabolism and an ability to burn fat at an increased rate.

Reservatrol doesn't just help increase endurance on a muscular level: it also adds to the greatest endurance of all: an increased lifespan. Known as a compound that can literally slow down the aging process, reservatrol is a multi-talented chemical. Like the overachiever we all hated in high school, reservatrol is the class president/cheerleading captain/teacher's pet/scholarship winner of the chemical world.

As of now, the future influence reservatrol will have on endurance is very much up in the air. We only know that the above findings have opened doors to many possibilities. Drinking just a glass or two of red wine a day won't suddenly give you the ability to "be like Mike," but this discovery could lead to athletes one day taking reservatrol supplements. It could even open the door to a "sports drink meets wine" conglomerate: as bottles of red wine get infused with more reservatrol to become Graperade, a fitness drink for the next generation, known for reeling in athletes with the tagline, "Wine is just "win" with an 'e.'" 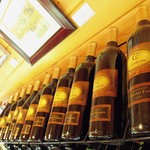 Colorado Wine: The Next Big Thing 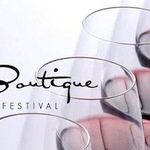 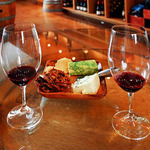