When you want to spoil yourself with something gorgeously indulgent yet healthy-ish, then you’ve just got to try these Twice Baked Potatoes. You’ll be amazed at the texture of the potatoes, and you can put them with whatever you want!

4 large russet potatoes, about a pound each 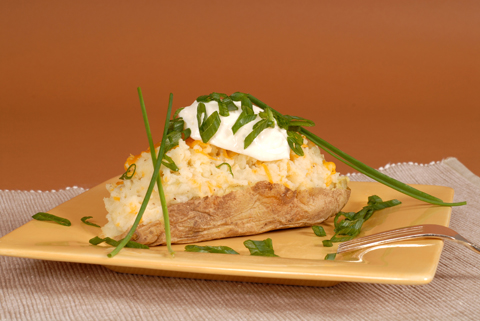 - Bake the potatoes. Preheat the oven to 200°C. Scrub the potatoes clean under running water.

- Poke each potato in several places with the tines of a fork so that when the potatoes are -   cooking they don't explode. Rub the potatoes all over with a little olive oil.

- Place directly on the middle or top rack of the oven. Cook for 1 hour and 15 minutes, or until the potatoes are   cooked through. They should give a little when pressed.

- Allow the potatoes to cool to touch. Slice the top third lengthwise off the potato. Use a spoon to scoop out the insides, forming a potato "canoe", leaving about 1/4 inch of potato on the  skin.

- Place the scooped out potato insides, sour cream, milk, cream, and butter into a large bowl. Mash with a potato masher. If you want a creamy texture, beat with an electric beater until desired consistency. Note, do not over-beat potatoes, they can turn glue-y.

- Heat oven to 200°C. Place potatoes on a roasting pan and bake 15 to 20 minutes until heated through.

Check out the full selection of our Best Recipes here >> 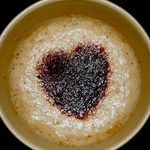 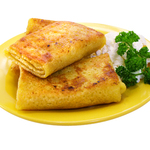 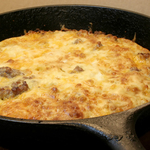